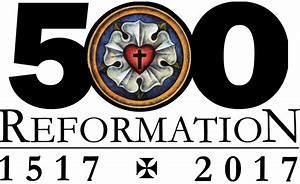 The Lessons of the Reformation

So often, when a prominent person passes away we say something to this effect – That the person made a significant impact in their life and that we, who loved and support him or her, want to carry on the legacy of that person. It could be a person like Mother Teressa or a Martin Luther King or a holocaust survivor.  (There are not many of them left in the world!)

In 2016 a prominent Jew by the name of Elie Wiesel – passed away. The family invites the public to come along to a memorial service. The invitation reads like this, “Those seeking to honour his memory can make charitable donations including to the Elie Wiesel Foundation.

Marion Wiesel said:
“My husband was a fighter. He fought for the memory of the six million Jews who perished in the Holocaust, and he fought for Israel. He waged countless battles for innocent victims regardless of ethnicity or creed.”

Elie Wiesel, Nobel Prize winner and Holocaust survivor, has dedicated his life to bearing witness to the unimaginable horrors and atrocities of the Holocaust. He speaks of the unspeakable. And he does so because humanity cannot afford to forget the lesson of the Holocaust.

It is far too easy to forget and, yet it is so important to remember. In studying the Reformation, we remember what the church is all about, and we remember how easy it is for the church to lose its grip on the gospel. Martin Luther: “The church’s true treasure is the gospel.”

Luther lived at a time when this true treasure had been traded for something worth far less. As a monk, he stood in a long line of succession that stretched back through centuries of theologians and churchmen who had heaped up layer upon layer of extra-biblical teaching and practice, obscuring the church’s true treasure of the gospel. It is a bit like the packaging becoming more valuable than the content or a picture frame becoming so dominant that it covers the priceless painting. Other would say it is Like scaffolding that surrounds and hides the beauty of a building. What the Reformers did was simply to unwrap the treasure that is the gospel and put it on display in the most prominent way.

The 5 Solas of the Reformation
In the process he brought about an entire revolution of church life, practice, and doctrine.. Theologians speak of the Solas, from the Latin word sola, meaning “alone.” Usually we list five Solas:
1. Sola Scriptura, meaning “Scripture alone”: The Bible is the sole and final authority in all matters of life and godliness. The church looks to the Bible as its ultimate authority.
2. Sola Gratia, meaning “grace alone,” and
3. Sola Fide, meaning “faith alone”: Salvation is by grace alone through faith alone. It is not by works; we come to Christ empty-handed.
4. Solus Christus, meaning “Christ alone”: There is no other mediator between God and sinful humanity than Christ. He alone, based on his work on the cross, grants access to the Father.
5. Soli Deo Gloria, meaning “the glory of God alone”: All of life can be lived for the glory of God; everything we do can and should be done for his glory.

Practices
– The whole education system that we have today finds its roots in the reformation. The reformers set up schools, primarily so that children could read the Bible for themselves and not be dependent on others. They also learnt to appreciate God’s creation in its entirety.
– The Reformers put a lot of thought into the thing we call vocation, viewing our work and all the roles we play in life as a calling. Prior to the Reformation, the only work that really mattered was church work. The rest of life was simply viewed as putting in time.
– The church had lost sight of the sermon, celebrating the Mass instead. The Reformers returned the sermon to the church service.
– Congregations didn’t sing in the centuries leading up to the Reformation. Luther and the other Reformers restored congregational singing to the church.

Do We Still Need the Reformation?
I think that we will always need the biblical truths, that the Reformers uncovered for us. Some people might say, “Jesus is a good man.” you say, “It is only through faith in Christ that you can be saved.”
– Others might say, “The Bible is an interesting book!” you say, “The Bible is God’s Word and is our ultimate authority”
– Others might say that “All religions are the same.” You say, “No, we are not saved by good works that we do but simply by grace alone, though faith alone.”

The Reformation will always matter because it simply urges us to return to the core truths of the Scripture.

Last night, the 31st of October, as a church, we enjoyed a great time of fellowship. We sang, we heard short biographies of the Reformation, watched videos on the reformation, we enjoyed a pot luck dinner, and had a terrific time. Thanks so much to the organisers! 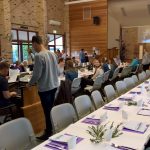 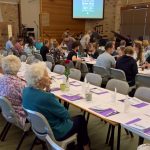 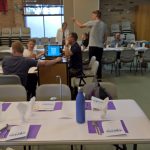 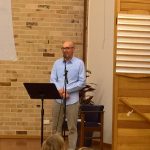 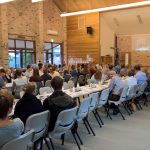 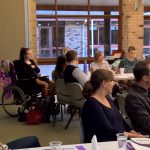 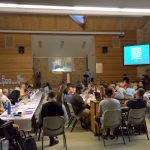 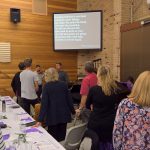